And so the famous Yoogane originated in Korea since 1981 opened their first branch in Singapore sometime last year at Bugis Junction where the queue snaked outside the restaurant during meal times. We visited their second outlet at Westgate to see what’s the fuss about. We were delighted to enter without queuing during lunch time. 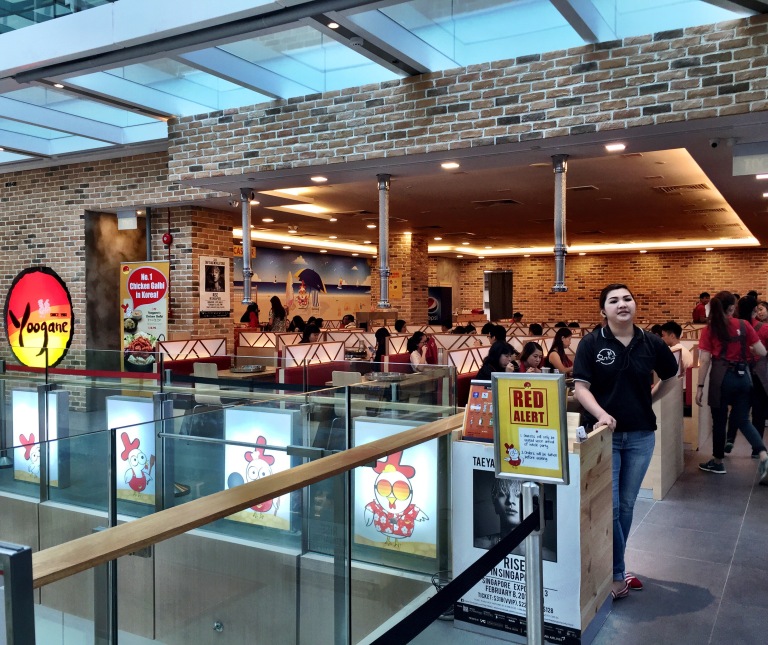 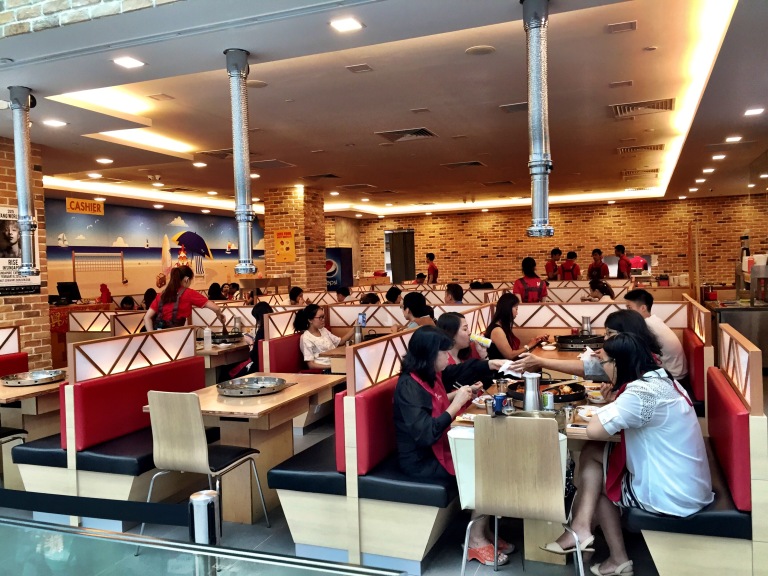 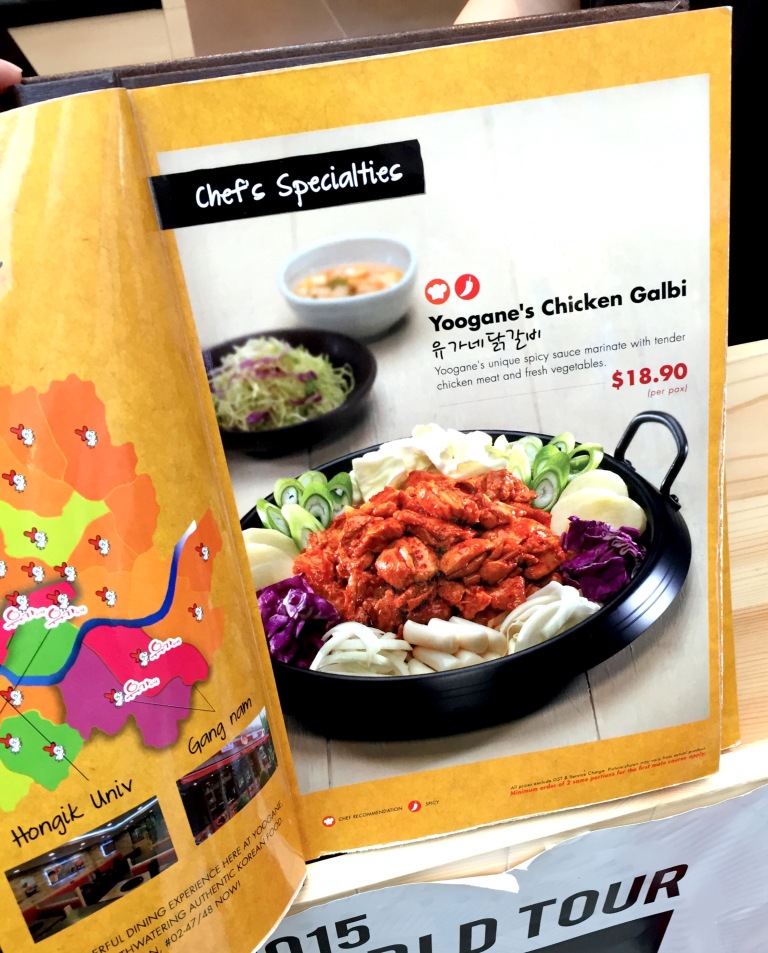 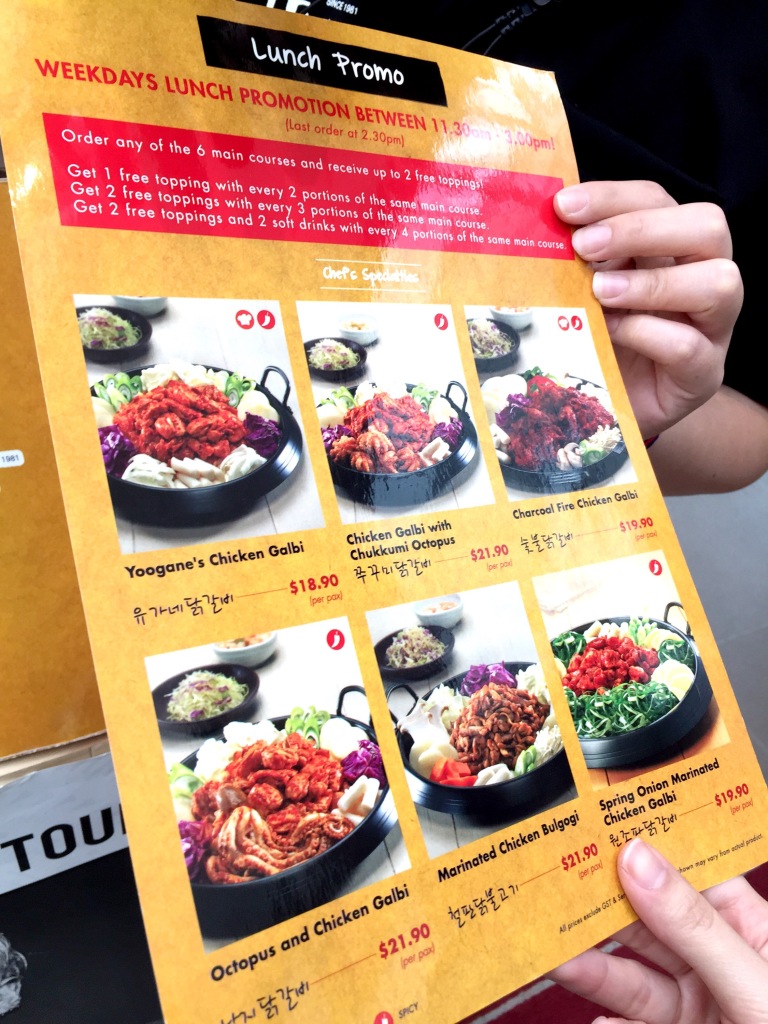 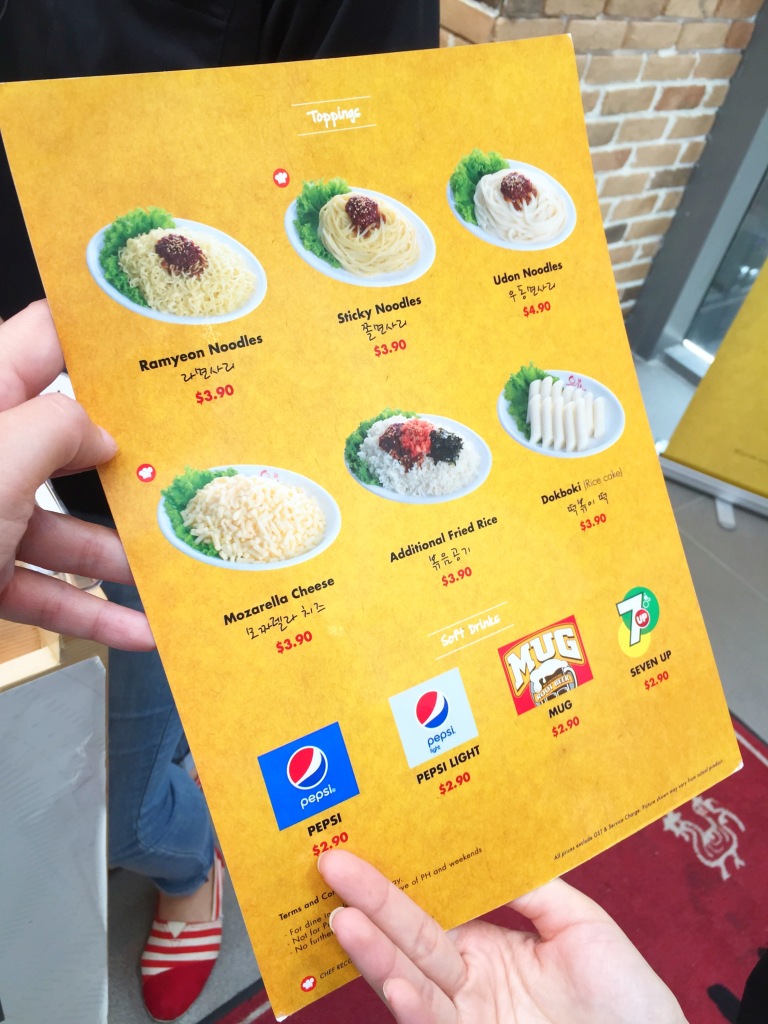 Since its our first time, we ordered 3 portions of the original chicken galbi at $18.90 per pax. We chose tteok and ramyeon (ramen/ instant noodles) for our carbo. There were also free flow salad, kimchi and selected drinks. The kimchi (no photos) was good! 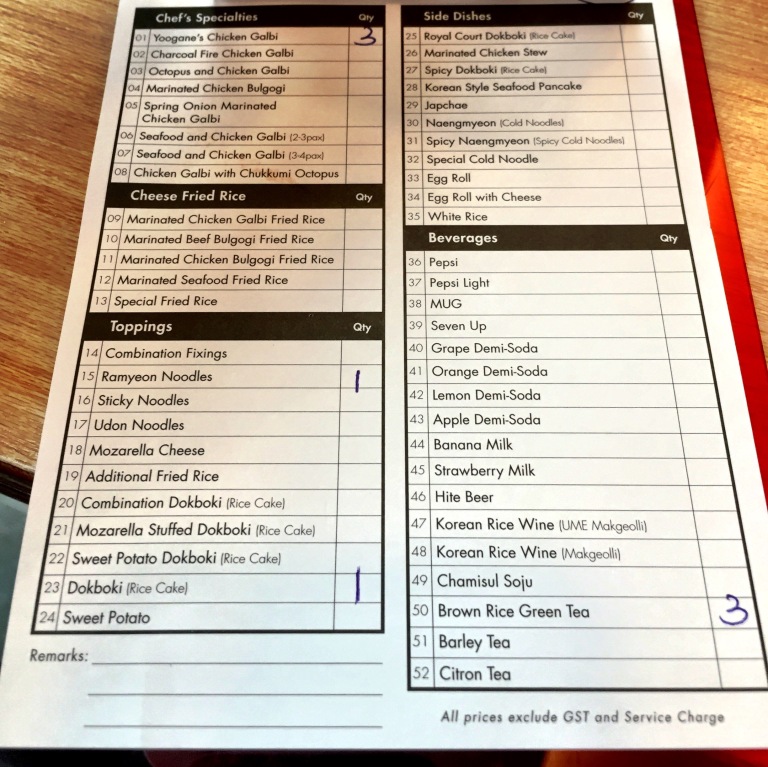 The serving came in a huge pan and the staff started frying. At the final stages of frying, the staff added some water to soften the vegetables. 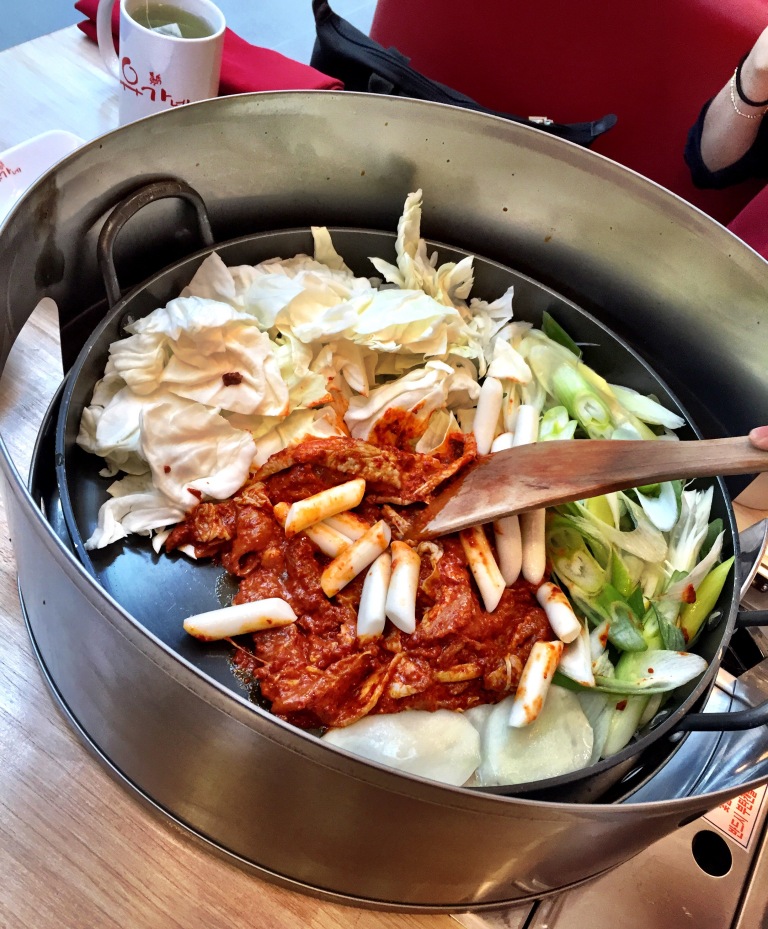 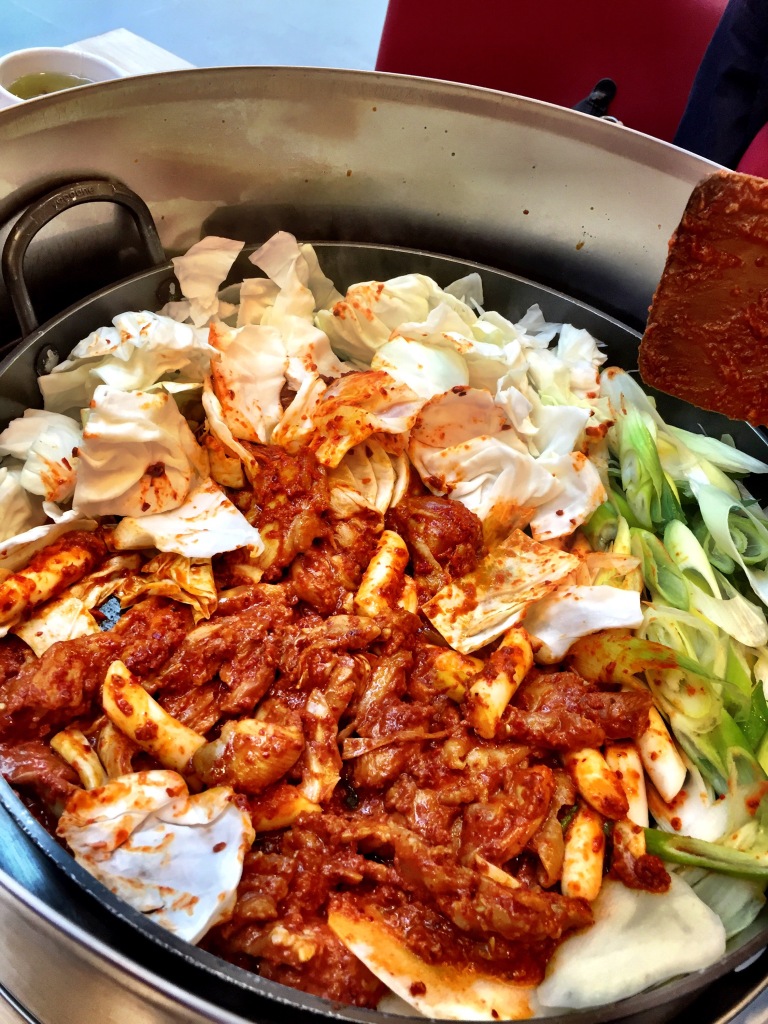 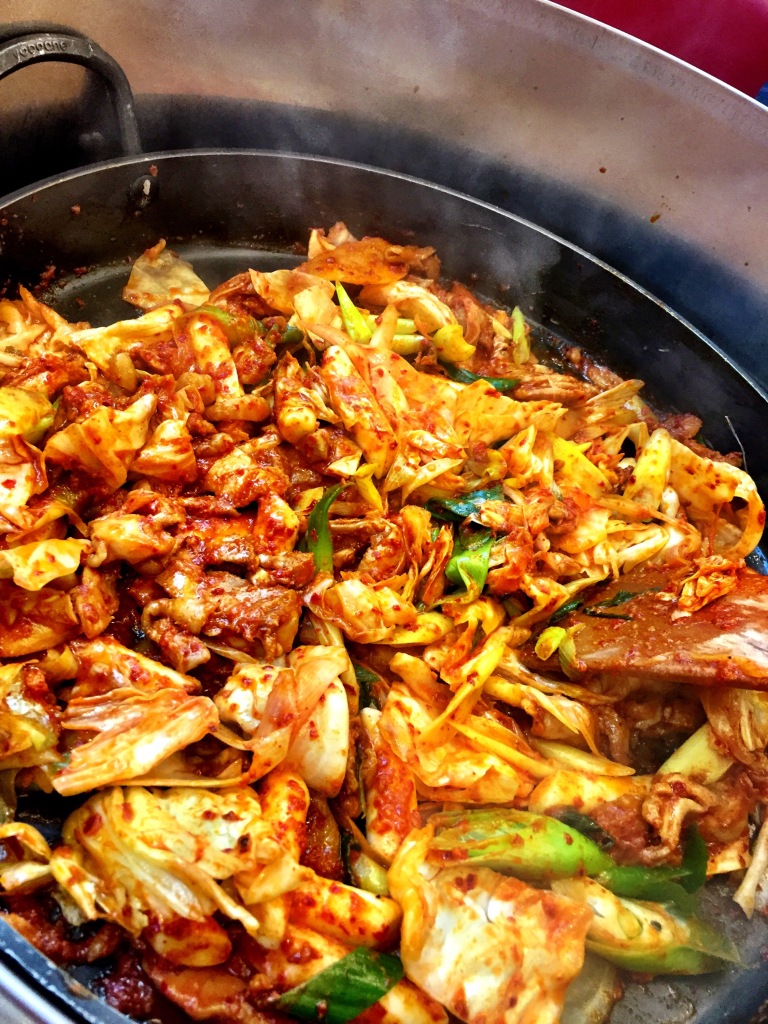 The verdict – would give a 6/10 for the meal. Did not feel that the chicken was well marinated, was quite sweet and the tteok was not cooked thoroughly. I’d much prefer if the marinate could be more savory than sweet. Quite disappointing for such a popular restaurant. Maybe the staff crew was new? The kimchi however was the saving grace.