Before arriving Taipei, the locals were on high alert for typhoon soudelor’s arrival. We were fortunate to land before the typhoon hit us. By late night, stronger winds and hard rain commenced. The roads were quiet by then as most would have stayed home. I have never seen Ximending so empty.

The hotel placed sandbags at the door to prevent the winds from forcing though and possible flooding. Umbrellas were on standby. 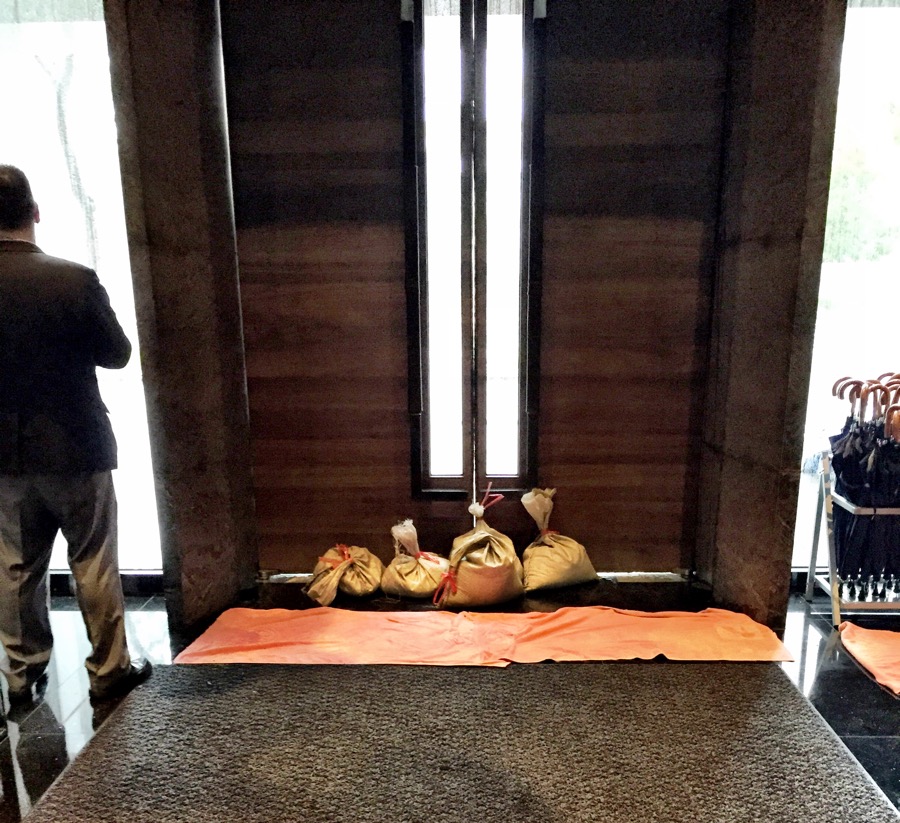 By the next day there were uprooted and fallen trees, branches, damaged buildings and vehicles and debris. 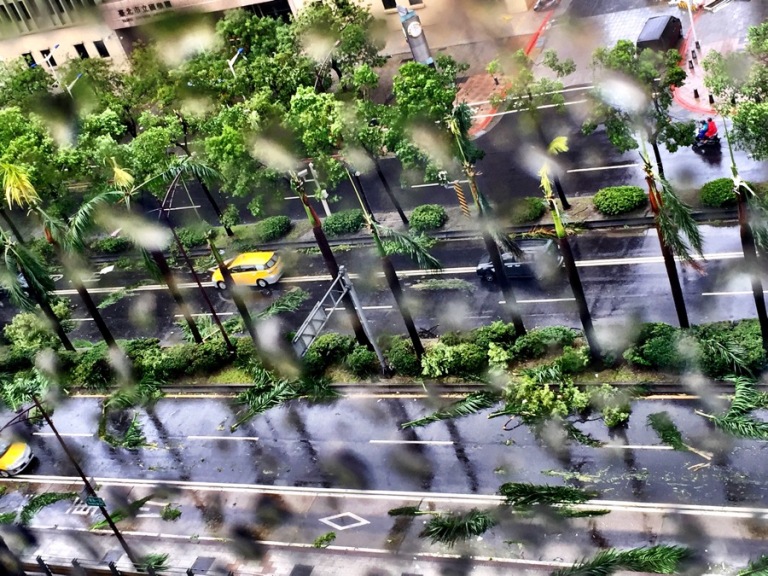 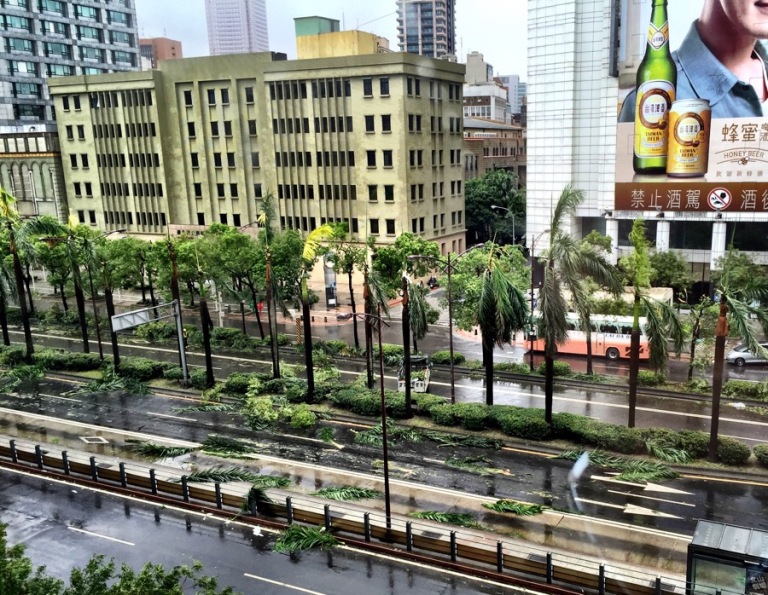 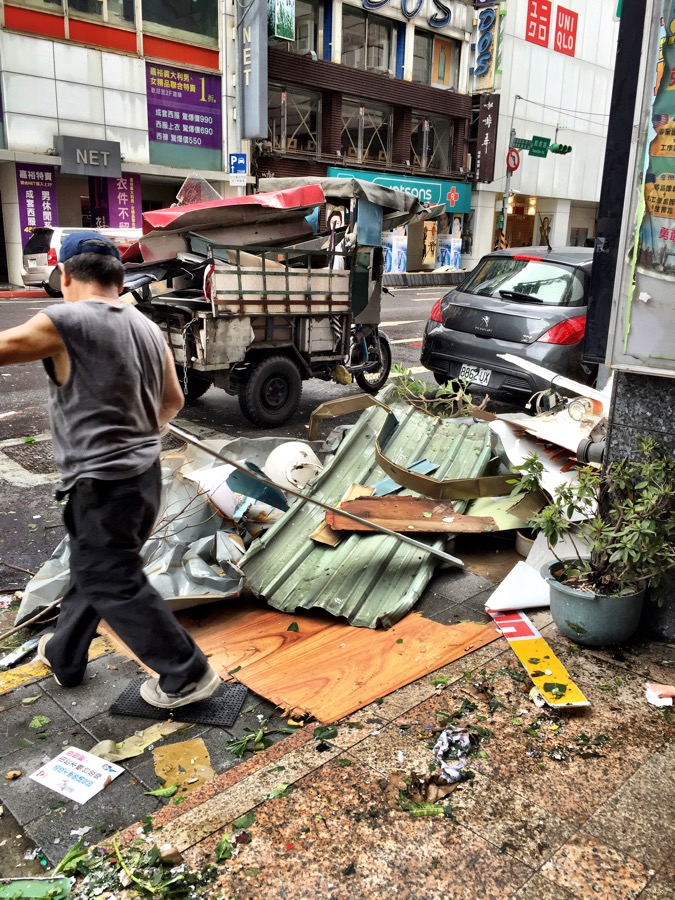 There were also fallen signboards, lights, etc. the impact in Taipei city was not bad. Other parts of Taiwan experienced flooding up to a level high, fallen wind turbines, some lost their houses and some died. Typhoon soudelor was indeed powerful. 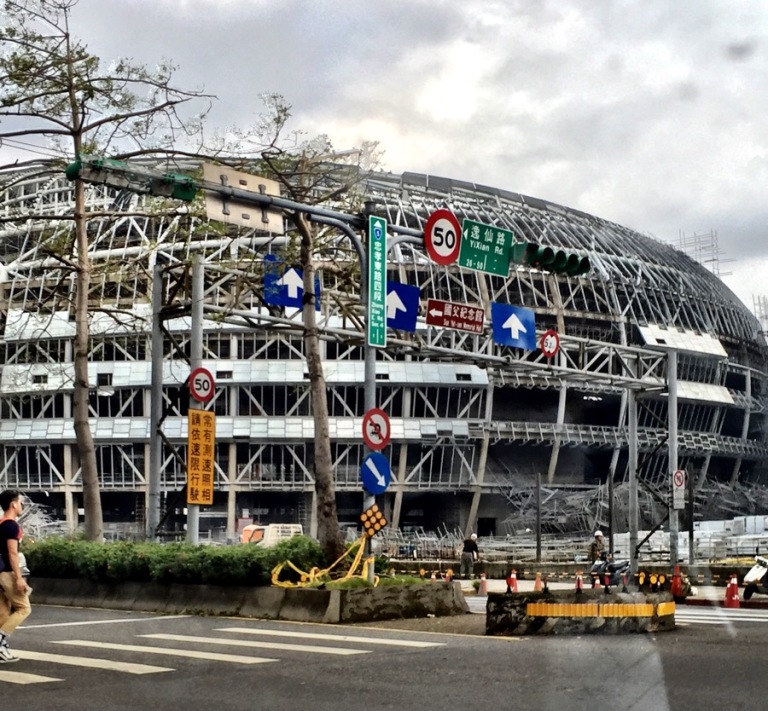 The locals remain positive and cheerful and that was really admirable. However, I do feel for those who have lost their loved ones or homes. It was Father’s Day in Taiwan on 08 Aug, but the country had to face the typhoon…