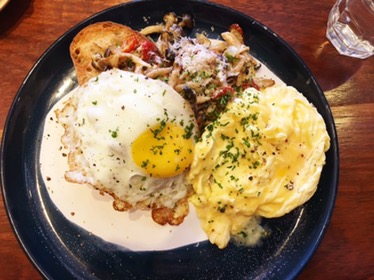 Bukit Timah is a food haven. From Pasarbella, Greenwood Avenue, the food center and many more. This is quite a late post on 2 rather new outlets along Bukit Timah Road.

For groups of 6 or more, reservation is allowed. We were there when they were newly opened, on a Sunday sometime in January. The cafe was really crowded and cramped. We were made to squeeze with a couple seated at the corner of a what seemed like a table of 6 was actually for 8!! It was really quite uncomfortable and there weren’t much space all around us with every table occupied and some waiting in line.

On to the food, the menu wasn’t extensive but enough interesting dishes to whet the appetite. 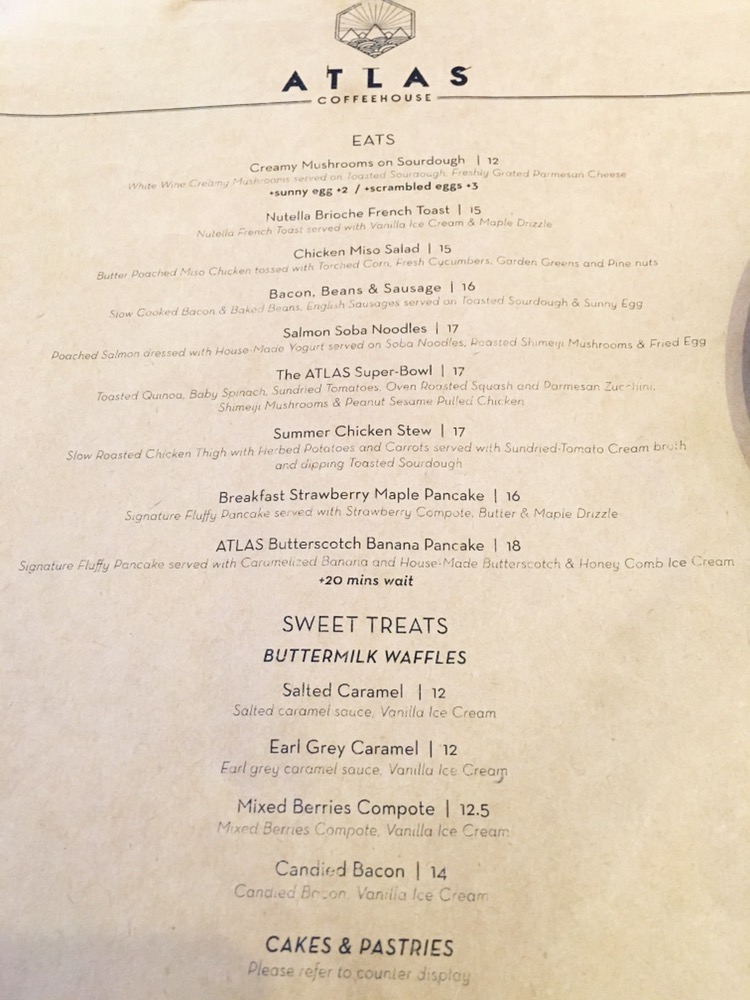 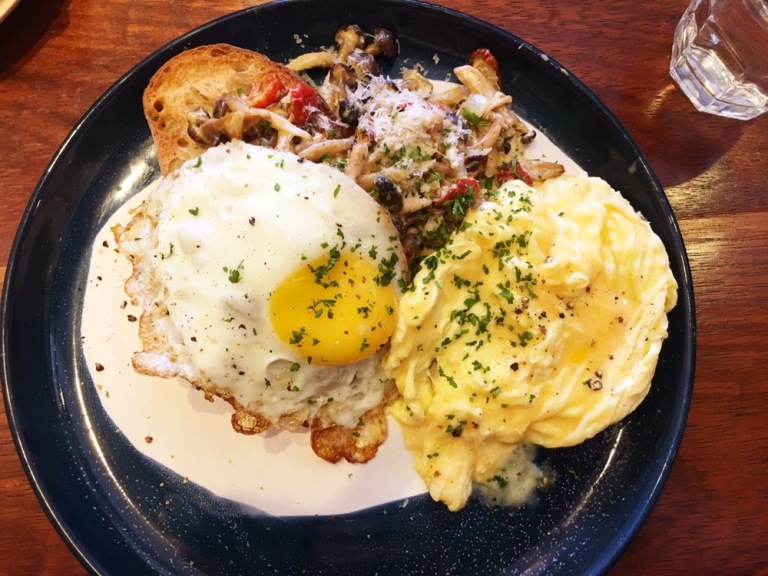 For coffee and deserts, we had mixed berries pancake as they ran out of waffles at 1pm?! Anyway the pancake was thick and fluffy and portion good for 6. 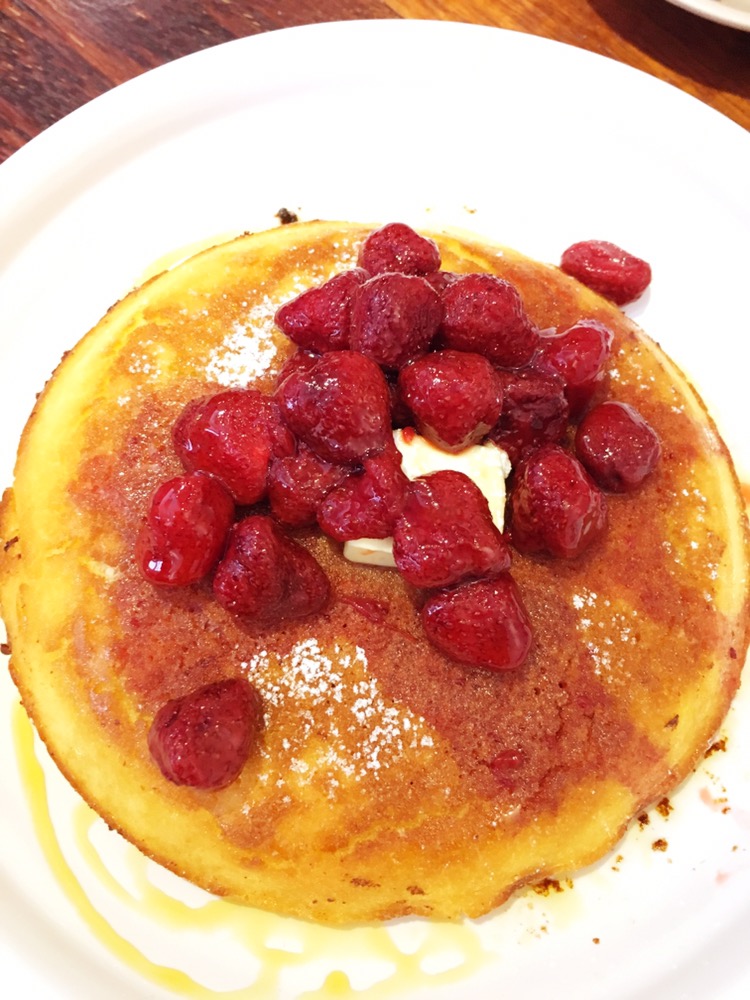 Other than the space constraint, we waited quite awhile for our food to be served. The cutleries were also not well cleaned, see the streaks and pieces of food on the spoon?!

Overall, the coffee was good and food wasn’t too bad. However, the crowd, service and utensils were not up to par. And as the cafe was opened for a few weeks, we could only pay in cash (no cashless systems then).

After Atlas, we walked over to Crown Center for the bakery which was so highly raved about by many bloggers. So naturally we were excited to try. The bakery was nice, and the staff were friendly.

A wide variety of breads were available and most of them sounded interesting. I was especially keen to try the hainanese chicken rice bread which came with a tub of chili. We got some other flavors to give away. 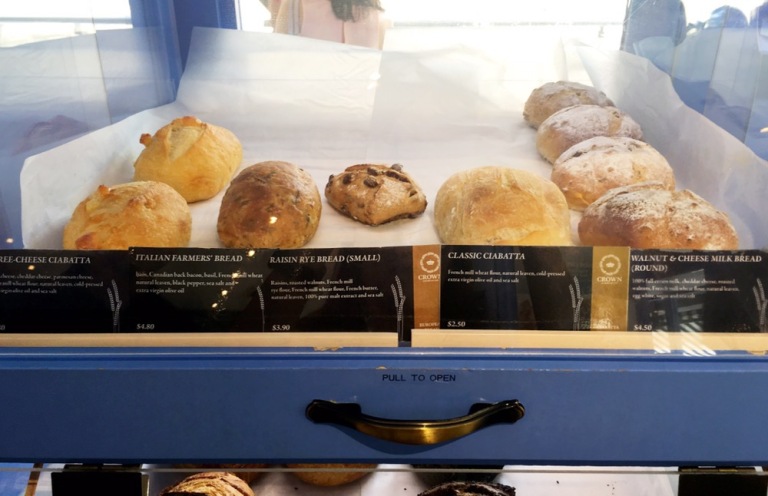 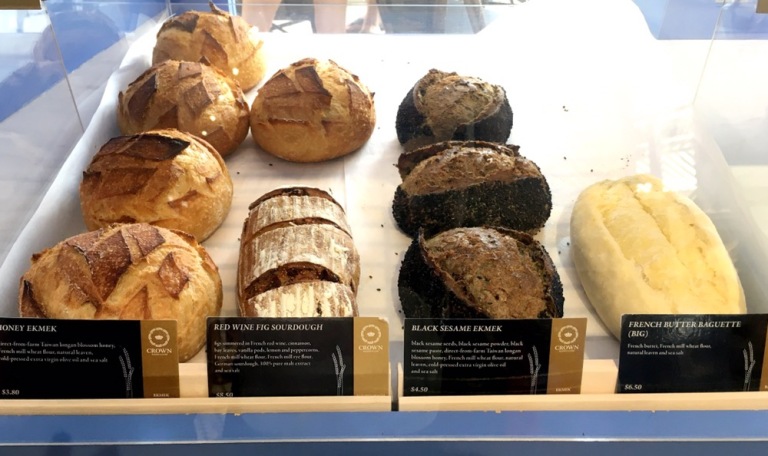 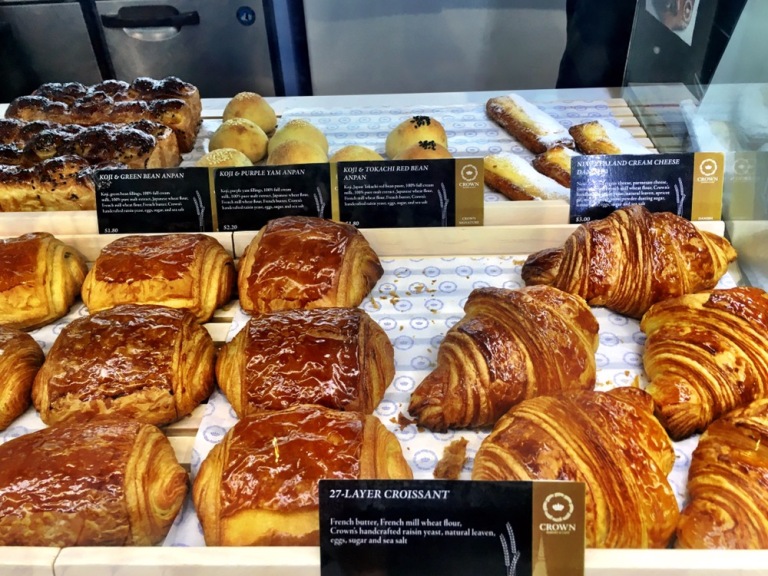 The hainanese chicken rice bread which was their star product was a disappointment. There was no chicken rice fragrance or taste, the chicken bits were so sparse, it’s almost like eating a plain bun with some chicken rice chili. The bread was dense so even though I love plain bread, this was a challenge to finish.

There maybe nicer breads we missed or have not tried. Perhaps we’d try other flavors when we are in the area again.